A year ago, we published a piece entitled “Where from here?” In it we envisaged that the central banks were “effectively out of means to stimulate”. While this certainly may have been true as global economic growth sputtered into the end of 2019, they most definitely were not “out of means” to bail-out the financial markets, or even corporations.

We have reached such extremes in central bank and government meddling that it is now impossible to speak of a “market economy” any longer. Many, erroneously, blame the coronavirus pandemic for this. However, Covid-19 was merely the ‘trigger’ for desperate central bank action to save the fragile financial system they themselves helped to create.

And—let’s remember that we have likely been in a new global financial crisis since September, 2019.

The new financial crisis started with the implosion of the repurchase agreement, or the “repo” market, on 16 September, 2019. Repo-markets ‘blew-up’ because of the massive leverage built into the financial system through constant central bank support which made them unstable.

The instability of the repo-market, combined with the high liquidity needs of state and local governments, was an accident waiting to happen.  One day in September the big banks did not show up to lend to the repo-markets. A crisis of confidence and a drastic liquidity shortfall instantly developed.

The crisis was stopped from engulfing the world economy by the Fed through its emergency repo-lending program, It had previously been used during the Global Financial Crisis (GFC), a decade ago.

That economic crisis was curtailed, but in early 2020 an even greater threat emerged with the coronavirus pandemic. While pandemics are hardly unknown in human history, practically no one was able to anticipate the devastating effects of the coronavirus as it closed economies across the globe. This is why we characterized it as an (economic) Black Swan.

When economies closed, panic spread through the highly levered financial system as investors correctly calculated that recession would result. A run on high-risk assets and highly levered financial positions erupted. The profitable process of ‘risking-up’, pushed relentlessly by the major central banks since 2009, abruptly went into reverse with devastating consequences.

The financial markets were pushed to the edge. Liquidity evaporated and signs of sheer panic emerged. Not since October 2008 had the world been so close to financial meltdown than in the dark days of mid-March 2020. The financial system was teetering on the edge of collapse.

Central banks and governments, once again, ran to the rescue of not just the financial markets but also the real economy.  The 12-year period of constant central bank meddling reached its pinnacle when the Fed stepped in to support Treasury markets, corporate commercial-paper and municipal bond markets and short-term money-markets. In addition, governments issued multi-trillion stimulus packages. Similar desperate actions were witnessed across the globe.

The era of monetary and ‘Keynesian’ madness was pushed to never-before-seen extremes. Nothing probably shows this better than the ‘aggregate social financing’ of the real economy of China, which started to ‘blast into orbit’ in March 2020. 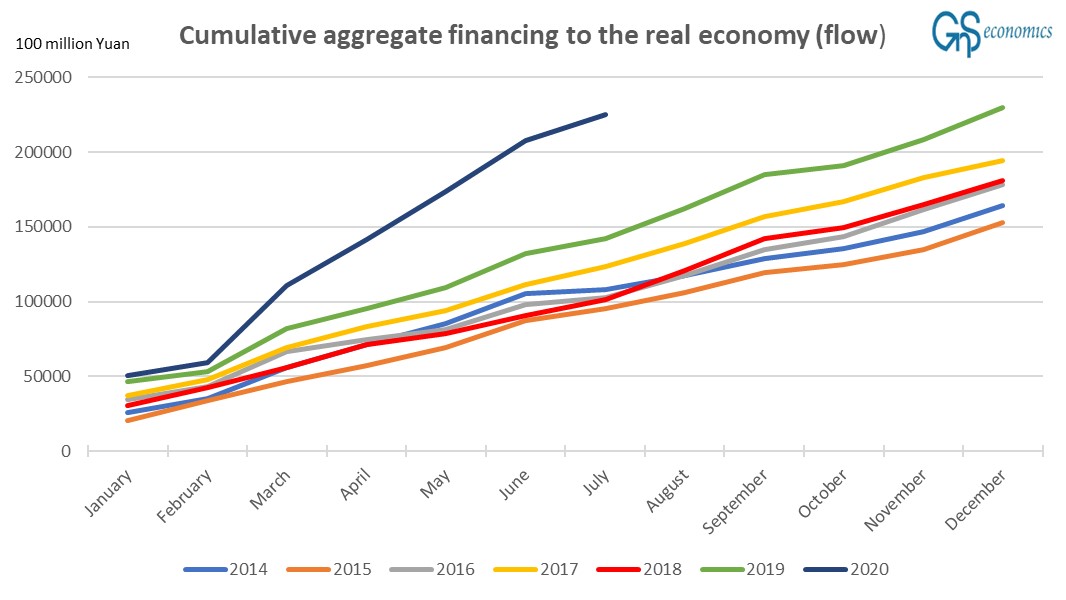 According to the OECD, real economic activity crashed during the first half of 2020. Real GDP fell by 9.5% in the US and 12% in the Eurozone (M-o-M) in Q2, following declines of 1.3% and 3.6% in Q1.The leading indicators of the OECD show (see Figure 2) that despite massive stimulus, we were still far below July expansion levels. The economic impact has been massive. 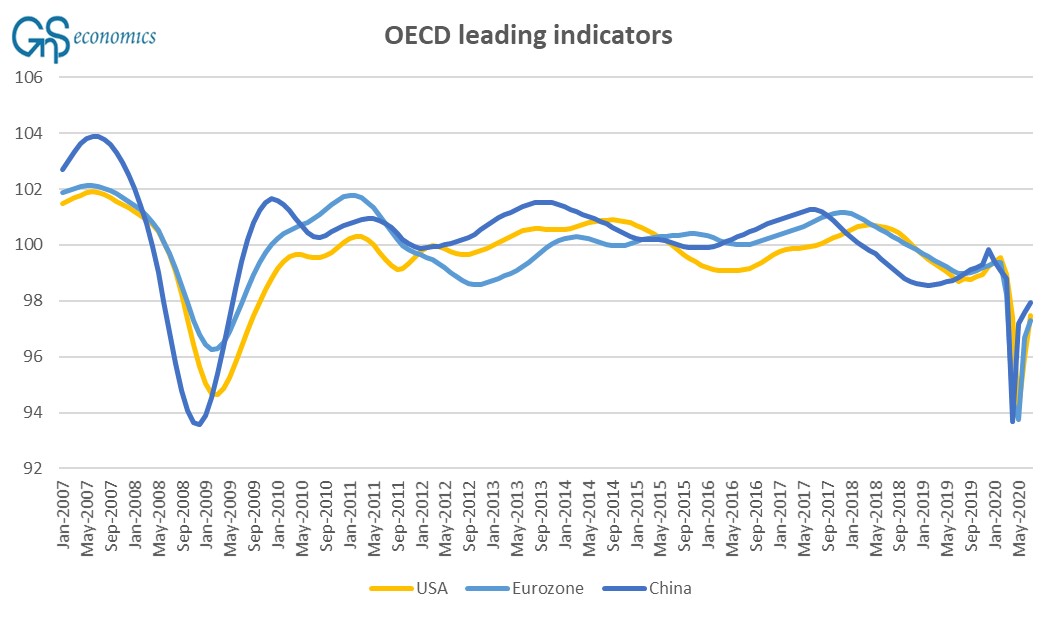 Many observers fail to recognize that the pandemic struck a highly levered financial system which was already in crisis. The Fed provided support to the repo-markets, and the economic output was declining (in the Eurozone) or seriously slowing (in the U.S.). The European banking sector was fragile and unable to cope with any larger economic shocks.

Now, we have stock markets that have decoupled from real economic activity to an unprecedented degree and a moribund European banking sector practically doomed to collapse. The constant resuscitation and bailouts of the central banks since the last crisis in 2009 have pushed us to the brink of  ‘Financial Armageddon’, initiated this time by the repo-market implosion and the coronavirus pandemic.

When it truly gets going, as it likely will, do not blame the virus. Blame the reckless central bankers.

In our Bear’s Lair -report we detail, how investors, households, enterprises and governments can survive from the coming economic collapse. Buy it from GnS Store

Read our in-depth analyses on the factors affecting the financial markets yields probabilities for market crashes and financial crises.