A “Black Swan” is best defined as an unforecastable, low-probability, high-impact event. They may include more prosaic natural disasters, like earthquakes, but are more generally understood to be unforeseeable economic, financial and political calamities.

While Black Swan events are, by this definition, unforecastable, the trends building up to them can often be observed, and that process has been our aim since the inception of GnS Economics in 2012. For example, it’s nowadays often possible to observe the buildup of pressure in volcanos. This does not guarantee an eruption, naturally, but it provides an indication that such an event could occur.

The same principle applies to political, economic and financial events. 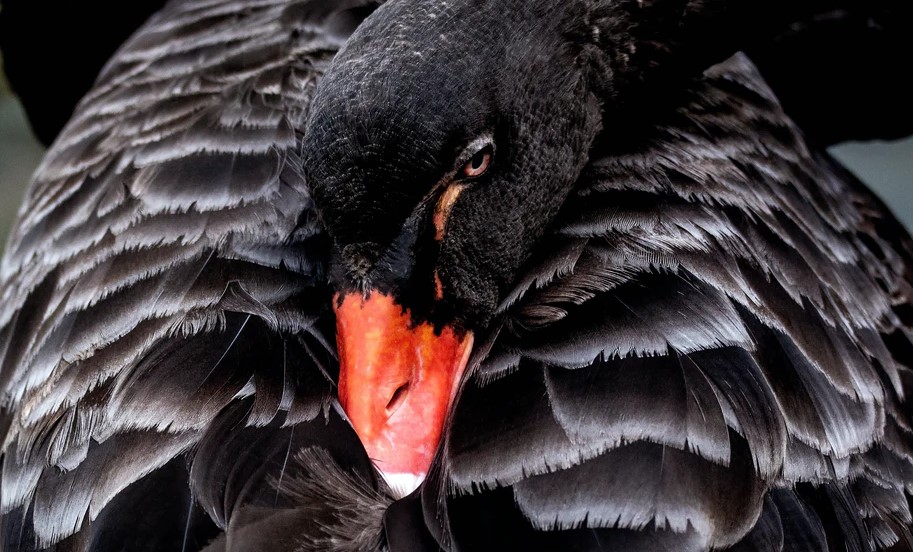 One of the most worrying trends contributing to the development of potential Black Swans has been the increasing fragility of the global economy, which we have been warning about since 2017. Recently, the fragility of the global economy has been aggravated by lockdowns and the ill-advised “support policies” of governments and central banks worldwide.

This has only accelerated the zombification of the global corporate sectors, while creating an intrinsic asset bubble, which keeps on expanding—and now an inflation shock lurks on the horizon. All these increase the likelihood of an economic “eruption”. However, political shocks may also be approaching.

The failure of contemporary politics to understand and correctly address this complex set of economic policy issues is one of the main reasons we are in this mess.

The (long) failure of politics

The trail of awful missteps in government handling of our economies is a long and sorry one. We can trace the starting point of the most recent path of mismanagement to 1984.

When the 7th largest U.S. commercial bank at the time, Continental Illinois National Bank & Trust Co., got its federal bailout in 1984, the seeds of moral hazard were introduced into the financial system. Although the shareholders of the bank were wiped out, the Federal Reserve and the Federal Deposit Insurance Corporation, or FDIC, covered the losses of virtually all deposit accounts and even bondholders. The bank was reformed and renamed as the Continental Bank, which was eventually bought by Bank of America in 1994.

The rescue of Continental Illinois coined the term “too big to fail”, and it set the world on a course where moral hazard was fostered and ailing banks were propped-up, leading to all kinds of economic distortions. It also fueled the policy of saving troubled corporations, especially in the financial sector.

Another crucial moment arrived on the 19th of October 1987, when the U.S. stock markets crashed in excess of 20 percent—still an all-time record for a single trading session. During and after the crash, the newly-minted Fed Chairman, Alan Greenspan, envisaged a policy line, which was based on letting markets rise on low rates, plentiful liquidity and market momentum, and then to clean-up after the ensuing debacle. This strategy, combined with the sequence of bank bailouts starting with the semi-bailout of Continental Illinois, set the tone for the socialization of market losses.

The fateful decisions by Greenspan in October 1987 thus set the course for the Fed and other central banks for repeated market bailout operations over the past 43 years–which are now an expected policy response.

The European political system is effectively in a state of ‘suspended animation’.

On the surface, everything seems benign enough, but underneath strains are growing. In Italy, Mario Draghi, the former president of the ECB, has managed to compile a ‘rainbow’ government with politicians ranging from left to right. However, this has been made possible only through the grants provided to Italy from the Recovery Fund of the EU.

As we have been warning for months, legislative approval of the Fund is not guaranteed to go through in all member countries, most notably in Finland. The Finnish parliament, if it still stands, will vote on the Fund in early May. If the Fund fails, the Italian government could easily fail with it.

And if that happens, the exit of Italy from the euro will be closer than ever. The speculation about a euro-exit by Italy, or any other country, could reignite a banking crisis by paralyzing the inter-bank markets.

This is because if a country exits from the euro, its currency is likely to experience a devaluation and thus any loans extended to banks in that country are also subject to redenomination and devaluation. Banks from other countries could quickly become reluctant to lend to a bank in a country subject to such concerns.

However, it should be acknowledged that the Eurozone is on the brink of a banking crisis, regardless what happens with the Fund of the EU.

Tremors in the US political system

On 11 December, we warned our subscribers about the repercussions of the 19-state lawsuit submitted to the U.S. Supreme Court regarding possible voter fraud in the 2020 Presidential Elections. We warned that:

If the Supreme Court rules that there has been a fraudulent election, what would be the public response in the highly-divided political environment? What will the states or their citizens do, if the Supreme Court declines their complaint? These are truly troubling questions with extremely severe potential outcomes.

We all know how that ended. The deep divisions and suspicions have not eased since.

More so, as the policies administered by President Biden are more than likely to sow more seeds of distrust and division. For example, some states consider that the new gun laws enacted by the Biden Administration violate the 2nd Amendment of the U.S. Constitution. The immigration policies of the Biden administration have also caused a ‘border crisis’ on the southern border of the U.S.

Unfortunate physical stumbles and the repeated verbal issues of President Biden have made some question his ability to continue to serve as the Chief Executive for long.

Thus, tensions are growing, which may erupt suddenly as wide-spread protest and rioting. Moreover, there is a constant worry that there may yet be some political revelations or scandals lurking under the surface.

Unmitigated shocks to drive the collapse?

In our recent Q-Review report, we envisaged that the crisis could erupt from a political, economic or a financial shock.

Possible shocks to the political system include wide-spread rioting, the rejection of the EU’s Recovery Fund or major political scandals. Possible shocks to the financial system include renewed problems in the repo-markets, a stock market crash or credit market collapse. Possible economic shocks include the appearance of fast inflation, a “flood” of corporate bankruptcies and/or a banking crisis.

Whatever shock initiates the crash, it is more than likely that other shocks will appear in quick succession when the crisis gets going, because the world economy, and the political system, are both brittle and highly interlinked.

What happens afterwards depends on the ability and will of the central banks to enact another bailout of the financial system.

Central bankers at the ‘center of gravity’

The question is how much more of these aggressive central bank policies the financial markets and the banking sector can tolerate, and just how far politicians will allow this process to go?

It is unlikely that any central banker wants to be remembered for destroying the capital markets, which means that there is some theoretical limit on central bank meddling in the markets, as many central bank analysts claim. But where is it? Equally important, how will central bankers themselves recognize this limit?

All this is unknown, but it is a near-certainty that central bankers will not be willing to buy the totality of risk assets—and we concur. This means that at some point they will be forced to “throw in the towel”.

The appearance of fast inflation would be another shock limiting the ability of central bankers to react to any turmoil in the financial markets. If central bankers are forced to raise rates, this could easily crash the asset and bond markets as well as the banking sector.

They know this.  What will they do?

We may be reaching the end of a road laid in 1913 with the creation of the Federal Reserve.

This is because if a fast inflation emerges, central banks would be forced to hike rates, or risk a run-away inflation and currency collapse, which would, with a high likelihood, lead to the implosion of the over-levered global financial system. In any case, a massive crisis would be all but guaranteed, at it would be likely to spell the doom of modern central banking, as central banks could be easily be shown to have created the pre-requisites of the crisis.

If the Recovery Fund is not ratified in Europe, the unravelling of the Eurozone may start suddenly. The political situation in the U.S. can best be described as an “uneasy calm” with the Biden Administration managing a system beset by fragility, but either unwilling or unable to address the causes of those weaknesses, whose effects only compound with time.

Alas, this year may bring political and economic earthquakes not seen in decades. Thus, 2021 may very well turn out to be the year of ‘Black Swans’.

Check the Q-Review 3/2011 -report, The zombified global economy and the coming inflation shock, for more information. Buy it from ourGnS Store

Photo by David Clode on Unsplash