The forgotten history of banking

Banking is at the heart of modern economic systems. The history of banking is also very long. The first banks appeared around 2,500 years ago, according to the latest historical research.

As we have explained previously, banks generate most of the new money in circulation. They have also enabled major economic and societal upheavals, including the Industrial Revolution. Now, banks are central to the approaching change, or ‘battle’, within our economic systems.

In this second blog of our financial history series, we go through the development of banking from that of early money exchangers to the rise of the ‘shadow banking’ sector, and we explain how the modern banking system operates. 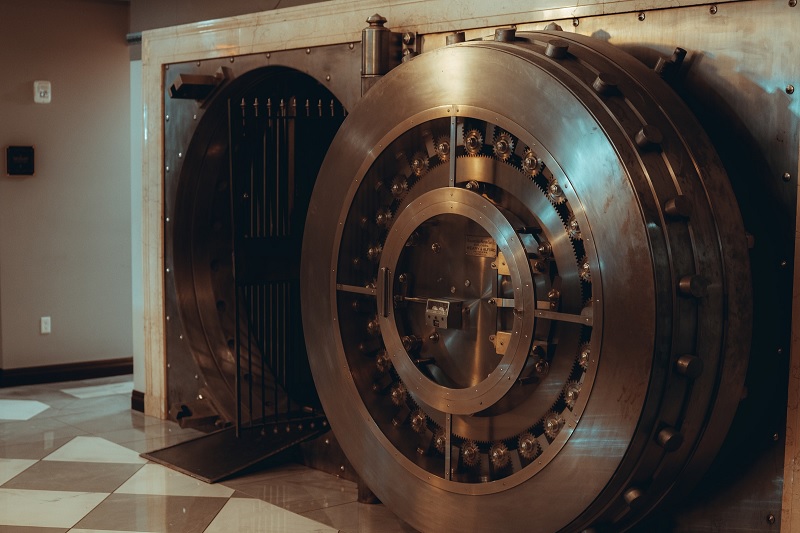 Photo by Brock Wegner on Unsplash

As we explained in the previous blog, banking practices developed in Ancient Greece, more precisely in the harbor city of Piraeus, where the local bankers, or trapezitai, took deposits and provided loans at the end of the fifth century BCE.

Still, the first known banks that truly resembled modern banks operated in Imperial Rome. The argentarii, who appear in the Roman history in mid-fourth century BCE, took deposits, advanced money to clients, lent to bidders at auction and transferred money via bills of exchange. Due to the sophistication of this banking system, it is no surprise that Rome also experienced the first banking crises. More on this later.

Simple merchant banks, usually in the service of the rulers, appeared to Europe in the 14th century. They were concentrated in financing the production of and trade in commodities. While the Chinese had invented bookkeeping, it only appeared at the center of western development and civilization through Italian banks and the scholastic work of Lucca Pacioli in 1494.  The first modern banks and payment systems arose from merchant fairs where commodity trades were settled.

At the merchant fairs of Lyons, in the mid-1500s, merchants realized that the trustworthiness of well-known international merchants made it possible to pass their promissory notes (a promise to reimburse at a later date) to lesser-known local merchants to create a credit system, where bilateral promises between local and international merchants were paid out as liquid liabilities. These could then easily be assigned from creditor to creditor and, in essence, create money and credit.

There, basically, the fractional reserve banking system was born.

In a fractional banking system only a small portion—or “fraction”—of the liabilities, like deposits, and assets, like loans, are covered by the reserves or the capital of a bank.

A bank is an exceptional entity in the sense that while, for example, the output of a tractor company is tractors, the output of a bank is debt. This debt is given out as an IOU or, more precisely, as a bank deposit. Basically, the bank promises that whatever sum you may deposit there, you can get it back whenever you want; a contractual warranty of a sort.

The problem in fractional reserve banking system is that only a fractional share of this bank debt is covered at any point in time. So, a banking crisis will develop when the holders of bank debt—also known as “depositors”—demand to convert their claims to cash or other liquid forms of assets in excess of the reserves of the bank. In addition to deposits, this bank debt can be bonds, derivatives or interbank funding obtained from interbank markets.

Before the creation of the Federal Reserve in 1914, banks in the U.S. established reserves by themselves through clearinghouses. Because banks wanted to earn interest on their reserves, they lent reserves to other banks. Reserves were re-lent and re-lent between banks until they eventually were lent out to earn enough to cover the interest promised on the reserves. These became known as “fictitious reserves”.  The Banking Act of 1933 prohibited interest payments on all demand deposits in the U.S.

The inputs used to create bank debt include the capital of the bank, assets, and the regulatory environment, which dictates, for instance, what “reserve ratio” banks must meet.  Due to technological and financial innovations, the proportion of bank capital required as a factor for determining bank debt levels has declined, basically, ever since the creation of modern banks. So, the capital banks are required to hold against liabilities has declined similarly throughout the development of modern banking.

As banking officials often consider strong capital levels as a source of stability, boosting the trustworthiness of a bank, it has been regulated since the 1980s. However, because banking crises are essentially about capital flight—either in physical or digital form—against bank liabilities, they cannot be stopped by high capital or reserve requirements.  This is something history shows very clearly.

Since the birth of banking, banks have been at the forefront of risk distribution through diversification and hedging. In the U.S., banks started to sell mortgage-backed debt obligations to investors in the 1960s.  The idea was to distribute risk outside the balance sheet of banks, which would make more funds available for lending. This is essentially the point, when ‘shadow banking’ was born.

In the 1990s, diversification and hedging took a big leap forward when the credit default swap, CDS, was developed. In it, the risk of a loan is offset by a third party to which the bank—or, more generally, the issuer of a loan—pays a fee for the insurance.

This new system of risk distribution through diversification and hedging was elevated to a new level after the derivatives team at J.P. Morgan invented a sort of shell-company, or SPV (“Special Purpose Vehicle”), to carry certain bank loans off the bank’s balance sheet. An SPV bundled risky loans and sold them on to investors according to calculated risk tranches, which investors then received interest income based on the riskiness of each tranche in their possession. The construct was called Bistro (“Broad index secured trust offering”).

Further innovations included the synthetic collateralized debt obligation, or CDO. It was standardized, a more general version of the Bistro, and it could be constructed from not just CDS and other derivatives, but also from different debt securities, such as mortgages.

The shadow banking sector can be said to consist of all financial entities that provide loans, but are not regulated under the standard banking regulatory framework. These include investment banks, SPVs, structured investment vehicles (SIVs), hedge funds, conduits and money market funds.

The Global Financial Crisis of 2008 was caused by the cascading failures of ‘shadow banks’.

So, banks and banking have been around since the early days of human civilization.

Athenian banks decoupled finance from other enterprises making it easier to support distant maritime trade. Egypt set up state banks as early as the third century BCE, under Macedonian rule.  The Roman Empire developed the principles of modern banking, which were finalized in Europe in the Middle-Ages.

Central banks, fairly new creations, started to dominate the banking system in the 1920s. Since then, their grip on the banking and financial systems has intensified. Through the issuance of central bank digital currencies, CBDCs, they could rise to rule the whole banking system and thus the economy. Alas, CBDCs are likely to become the single biggest threat to banking industry since its inception.

Those who champion centralized control over the economy naturally applaud the idea of CBDCs. They may even see the banking industry as “evil” and welcome the “relief” brought by such centralized control. However, they also should acknowledge that modern commercial banks, and their ancestors, have been crucial in building our current standards of living. They should also remember the historical lessons, the horrors and the poverty of centrally-controlled economic systems, such as under communism.

Thus, everyone should also ask themselves what the world would look like if a government entity, like a central bank, dictates who gets funding for what project? This is the road we are heading down with the issuance of CBDCs—and we fear the answer.

Historical accounts are based on: William Goetzmann: Money Changes Everything: How Finance Made Civilization Possible; Gary B. Gorton: Misunderstanding Financial Crises: Why We Don’t See Them Coming; and Felix Martin: Money: The Unauthorized Biography. Gillian Tett: Fool’s Gold.