During this year, we have awakened to a completely new kind threat, that is, to the threat of a ‘takeover’ of our economies and societies. While we have flirted with the idea of central banks taking over the financial markets and the economy previously (see, e.g., this and this), something much more sinister has been lurking in the background.

The “Great Reset” agenda was brought into existence by the World Economic Forum, or “WEF”, in summer 2020. Some of its main building blocks, such as “stakeholder capitalism” have been around for decades. Discussion on it got into gear when a video by a Danish politician Ida Auken was posted on the WEF website in 2016 (later removed) which laid out a dystopian economic future where “You’ll own nothing. And you’ll be happy”.

This has given rise to a deluge of conspiracy theories focusing on a takeover by the ‘global elite’. We did not pay much attention to the Great Reset previously, but developments during the Coronavirus pandemic forced us to reconsider our stance.

In this special report we explain what the Great Reset -agenda is and how it has been driven. We also present three scenarios to which the agenda is driving us into.

What is the Great Reset?

Effectively, Great Reset is a collection of vaguely stated measures to transfer power from democratically elected governments to multinational corporations and supra-national entities. It aims to do it through three main components:

All these naturally sound very intriguing, and “progressive”, but the devil, as always, is in the details of how such policies and changes would be implemented and where would they lead. We go through these in detail  in the report. 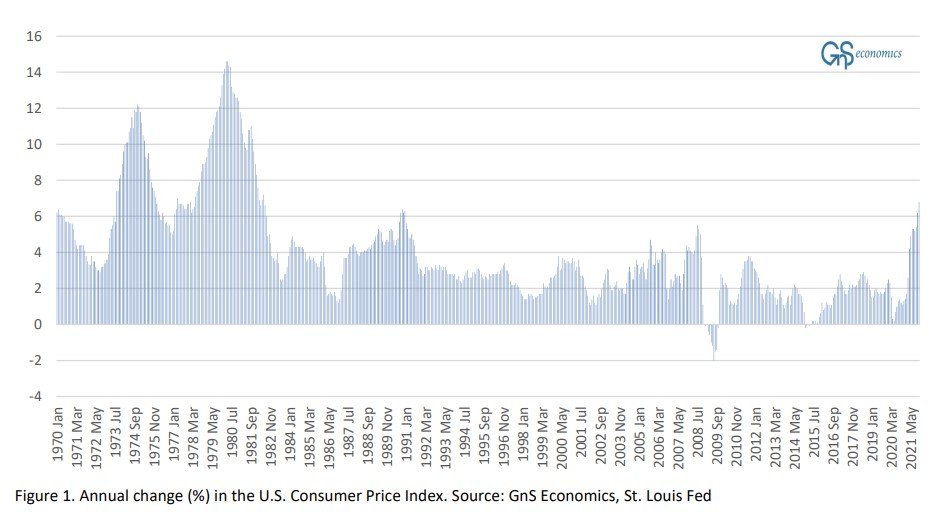 Where could it lead us?

One of the most worrying things is vagueness relating to the implementation of these policies. The GR agenda leaves so much room for interpretation that the proverbial elephant could be walked through it.

When assessing the possible end-results of a policies driven by an organization, whose policies are clouded by mystery, we step relatively deeply into the realm of speculation. The question becomes, how to assess aims which are not clearly visible? The only way is to objectively assess all possible scenarios imaginable, from good to extreme.

In the report, we present three scenarios: The Great Economic Takeover, Global Authoritarianism and All Is Well.

The foundation of this scenario is something we have been warning about for some time: the takeover of the economy by the central banks through their digital currencies, or CBDCs (see, e.g., this and this). However, GR would add a worrying dimension.

The main idea of CBDCs can be summarized as everyone having an account at the central bank. It would provide superior safety during banking crises, which would mean that CBDCs would lead to the concentration of deposits at a central bank in a financial crisis, which tend to occur semi-regularly. After the central bank has effectively absorbed the private banking system, it would be run by the current hierarchy of overtly-politicized central bankers.

The implementation of the GR agenda would lead to concentration of economic decision making within the global elite, or establishment. They would, most likely, drive their own political agendas through the “stakeholders” of multinational corporations, i.e., governments and supranational institutions.

Through the CBDCs they would gain control of society, in all its political, legal and economic realms. We would be at the mercy of the global elite and could only pray that they are benevolent.

We are at the “endgame”

Global developments, lockdowns, curfews, segregation through the vaccination passports and transfer of people to “health-hotels” forces us to conclude that we are approaching some sort of an endgame. Our liberties are under a massive attach, which true motives remain hidden to use at current time.

The Great Reset aims to extend global co-operation and by increasing the role of big corporations and governments. This plan has an extremely worrying historical context, as it has been used previously, e.g., by several highly suppressive regimes.

At this point, we do not know where the Great Reset agenda is leading us, but we have to prepare for the highly unpleasant possibility that the motives behind the agenda are not entirely benevolent. The best remedy against this threat is to squarely object to the transfer of power to the multinational corporations and supra-national entities. Vigilance, in all aspects, is now highly warranted.

Purchase Q-Review 12/2021: Into the Global Dystopia? – Special report on the “Great Reset” from ourStore

previousWhy CBDCs should never see the light of day
nextQ-Review 3/2022: War and Peace