The long history of money

We are approaching a critical turning point in the history of financial systems.

Since the Great Financial Crisis, central banks have exerted control over the financial markets through their QE-programs and plan to extend their influence over the monetary system through the introduction of national digital currencies.  Opposing forces include, as usual, those of financial innovation, which include independent cryptocurrencies.

In the June issue of our Q-Review series, we will delve deep into the world of digital currencies and the future of monetary systems. To accompany our report, we intend to publish a series of blogs which examine the long history of monetary and financial systems.

Today we will start with a brief summary of the history of money.

Current archaeological research has established that the measurement of economic interactions, i.e. accounting, predates writing. The clay tablets discovered at the birthplace of Mesopotamia, the Temple of Uruk, were used as an accounting tool for commodities and even for human labor as early as 3100 B.C.

Still, the first banks known that truly resembled modern banks operated in Imperial Rome. It has been said that Rome’s financial system was so sophisticated that it was matched only by the banking sector created during the Industrial Revolution over a millennium later.

While simple merchant banks—usually in the service of a sovereign—appeared in Europe in the 14th century, the first modern banks and payment systems were only created in the 16th century. They arose from merchant fairs where commodity trades were settled.

By 1555, the merchant fair of Lyons had become a clearing house for credit and debit balances of merchant houses across the continent. The merchants realized that the trustworthiness of well-known international merchants made it possible to pass their promissory notes (a promise to reimburse at a later date) to lesser-known local merchants to create a credit system, where bilateral promises between local and international merchants were paid out as liquid liabilities. These could then easily be assigned from creditor to creditor and, in essence, create money and credit. There, basically, the fractional reserve banking system was born.

In a fractional banking system only a small portion—or a “fraction”—of the liabilities, such as deposits, and assets, such as loans, are covered by the actual reserves or the capital of a bank.

Money creation by banks, and its stability

In modern economies, most money creation occurs in commercial banks.

When a person or a company receives a loan, the bank creates a double entry on its balance sheet. One entry adds the loan to the asset side of the borrower and the other credits the deposits of the borrower’s account. When the loan is paid back, that money is “destroyed”, and the double-entry on the bank’s books disappears. There is a natural restriction on money creation by banks, however. If a bank makes too many risky loans, loan defaults can lead to substantial losses and eventually to insolvency, bankrupting the bank.

Simple accounting rules and rules of the market economy generally tend to hold money creation at bay, but it’s also restricted through regulation by the government and reserve requirements issued by the central bank. So, banks need to obey the budgetary limit, which is partly set by the economic agents, and partly by the central bank through interest rate decisions and reserve requirements.

A crucial feature of money is stability. When everything is valued in a particular currency, it’s value needs to be stable for people to be willing to accept it, use it, and hold it—to trust that its purchasing power will be preserved into the future.

Hyperinflations, where money loses over 50% of its purchasing power in a month, are driven by a collapse in public confidence in a currency. Hyperinflations come to be through the combination of excess money creation and diminishing productive capacity. Ominously, these prerequisites for hyperinflation are currently close to being met. 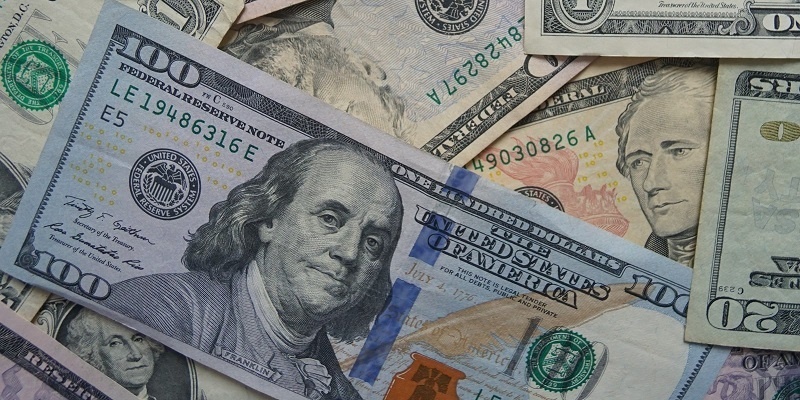 Photo by Blogging Guide on Unsplash

Free banking, and its limits

History illustrates other periods when the value of money has not been stable. The U.S. experienced an era of “free” or “wildcat” banking between 1837 and 1863. During the “free banking” era, capital alone was required to start a bank, without the approval of the state legislature.

There were three other conditions:  1) state or federal bonds were required on deposit as collateral for  notes issued by the bank 2) the banks were required to redeem the note on demand in gold or silver specie, and 3) banks were limited liability companies.

The main problem of the ‘wildcat banking era’ was that bank notes did not trade at par across the country. Distance was a factor in determining discounts. For example, some notes issued by a bank in the South did not circulate in the East and because the issuing bank was not known, the discount was higher.

When a note was presented in payment for goods or services, the shopkeeper, etc., would need to identify the name of the issuer in a small newspaper called a “banknote detector”, which would specify the market discount on the bank’s note. Approximately 1,500 bank notes were in circulation at varying discounts from par. The highest reported discount was 25%.

The requirements for money

During the U.S. Civil War, the National Bank Act was legislated which created national banks and national bank notes, i.e., money issued by the federal government. This stabilized the value of bank notes across the U.S. However, while the Act was not passed to create an efficient medium of exchange for the system, but rather to finance the war, it did recognize two important provisions:

So, the “free banking” era ultimately proved that bank notes need to backed by collateral and only money backed by a government will be trusted and traded ‘at par’, that is, it will be accepted in transactions at full face value.

The monetary revolution ahead

Now, we are on the verge of a massive upheaval of the monetary system from two opposing forces: freely created cryptocurrencies and digital currencies of central banks. The history of monetary systems gives rather clear indications as to how they should operate and what caveats may pertain to different systems.

In essence, money needs to be backed by collateral, up to a point, and thus far only governments have been able to provide sufficient (enough “trust-worthy”) collateral. Whether this will change in the future remains to be seen, but it seems far-fetched that people would begin to trust a monetary unit with no collateral.

The stability of the value of the monetary unit has also been an issue in history, and it’s likely to be an issue now as well. It just does not make any sense to even attempt to base a monetary system upon something, like Bitcoin, characterized by such wild swings in price.

However, it’s also plainly obvious that a centrally-controlled system, like digital currencies issued by central banks, would have serious and far-reaching implications for the banking sector and, worryingly, for economic freedom in general.

We will focus more closely on these issues in the June issue of our Q-Review to be published later this month.

Historical accounts are based on: William Goetzmann: Money Changes Everything: How Finance Made Civilization Possible; Gary B. Gorton: Misunderstanding Financial Crises: Why We Don’t See Them Coming; and Felix Martin: Money: The Unauthorized Biography.

previousOutlook for the World Economy
nextThe forgotten history of banking